So, I’m about to finish the recap of last week’s adventures and I’m finally going to tell you about that giant mouse!

Before travelling down to London for the Travel and Adventure Show, I was having a look on the website at the exhibitors and found DMM, who were offering free climbing masterclasses.  Based on my climbing ability (poor), I thought it would be just the thing to give me a boost.

I decided it was probably a bad idea when we got to the show on Saturday, and I found the boulder in the middle of the climbing village.  I’m not mad on people watching me, particularly when I’m doing something I’m not very good at, so I was fairly apprehensive. 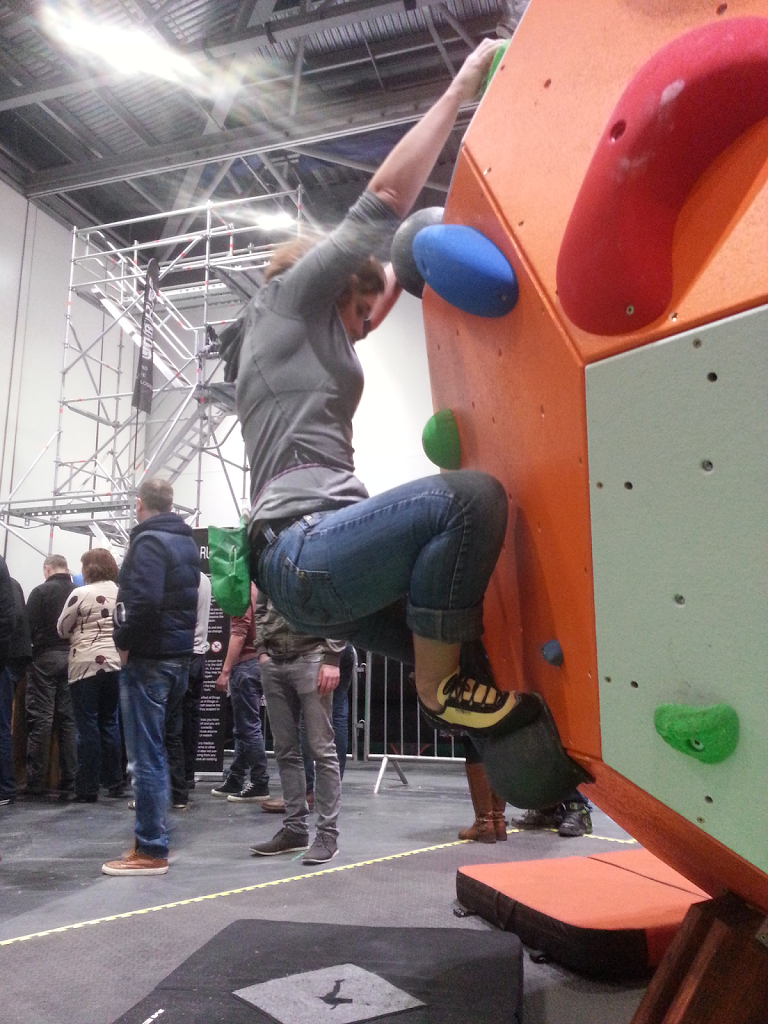 However, I got a grip and on Sunday headed over to the DMM stand to meet the instructor, Lucy.  She was really lovely, particularly when I told her I’d only been climbing for a couple of months.  There were supposed to be four of us in the class, but only three turned up.  The other two were long time climbers; one of them was just amazing!  You know those climbers who look like they’re dancing, they move so easily and elegantly?  Well, he was one of those.  I’d love to be that graceful when I grow up!

We started with a simple (?!) warm up of just making our way round the boulder.  I struggled just with that!  This boulder was not designed with beginners in mind! Anyway, I survived with only a couple of falls.  At least I kept the various onlookers entertained!! 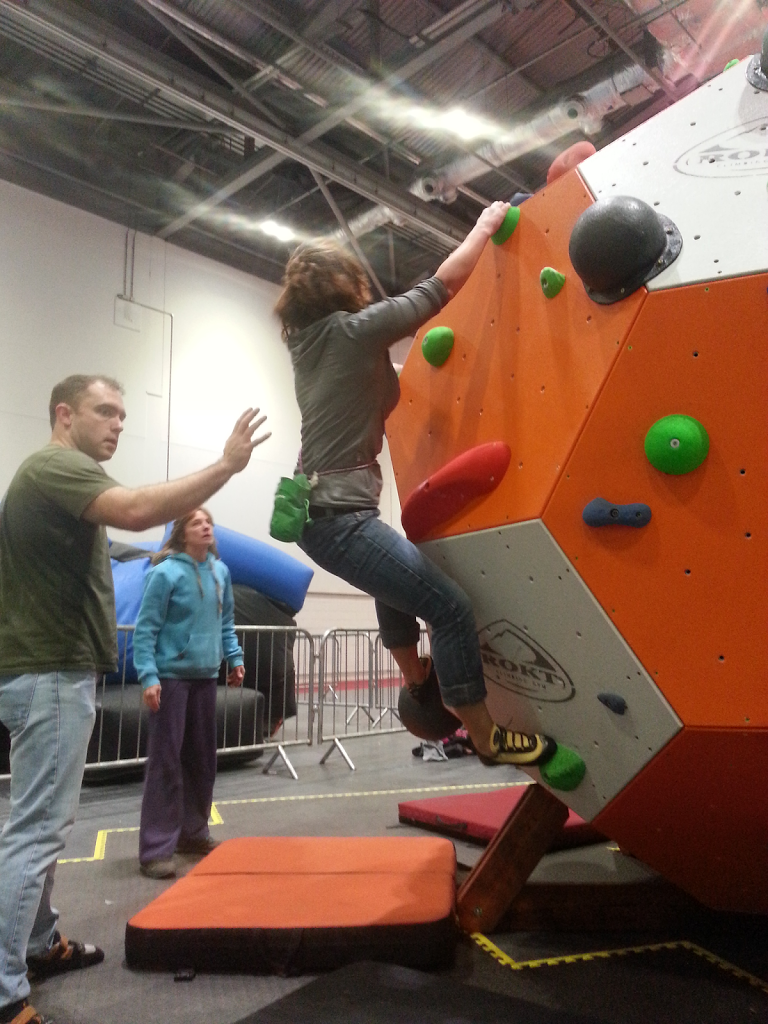 We moved on to technique, particularly straight arm technique.  I understand the theory behind this, and it’s been great to try and put it into practice since the masterclass.  I’m back at Boulder Central tomorrow evening, so I’m looking forward to having another bash at it.

We finished the class off by each coming up with a problem, and then taking it in turns to workshop each of them.  Of course, the problems the chaps came up with were well out of my league but again, it gave everyone a giggle watching me trying to do a dynamic move and landing on my arse.  I was put to shame; my problem was a real stretch for me and I couldn’t quite complete it.  Both chaps completed it – and probably could have done so with one arm tied behind their back!

Having said that, it was amazing to get a close up of other people’s technique, particularly the amazing dancer-y fellow.  Lucy gave me some really good tips and considering the class was free, I thought it was fantastic so a huge thank you to DMM and Lucy.

Now, about that mouse…  while we were on one side on the boulder looking at a problem, we heard a bit of a kerfuffle and before we knew it, a giant mouse clambered up the other side of the boulder and was jumping around on top!!  It literally look him about three seconds to get to the top, and in that costume, I thought it was pretty impressive!!

So, that’s the story of the mouse!  And that brings a week of adventure to it’s conclusion!!  Good thing we’ve got some more adventures lined up this weekend…