This weekend I finally completed the Fourteen Peaks Challenge, which I officially started back in March as part of the Gore-Tex Experience Tour team.

The challenge was to summit all fourteen of the Snowdonian mountains over 3000 feet.  If you haven’t read my blog before, then you can see recaps here, here and here but in a nutshell the week we were attempting the challenge involved serious snow storms.

The week was spent in knee deep snow with crampons, ice axes and all manner of excitement!  The upshot was though because of the conditions we only summited nine mountains, couldn’t complete Snowdon and didn’t attempt three others.

I decided a little while ago it was time to remedy that so this weekend saw me, Sarah and Rosie head back to Plas y Brenin and take on the challenge to complete Snowdon and summit those last four peaks.

We started the weekend on Friday evening with several pints of raspberry flavoured Crabbies Ginger Ale, which is a fabulous radioactive shade of pink and cemented our reputation with the men in the bar of Plas y Brenin as a team of wussy girly girls.  Game on, boys! 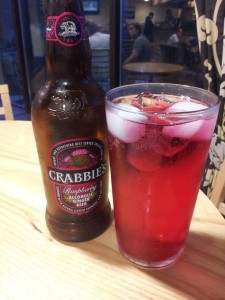 Saturday saw sunshine and a few clothing dilemmas but we made it out just after 9am and we headed to the car park at Pen y Pass where we realised our mistake in not getting out earlier.  Half of the country had decided to climb Snowdon and the car park was full.  No bother, we just headed back down to the main road, parked up and hiked our way back up to the starting point.  It’s always a good sign when you’re breathing heavily and sweating like a pig before you even get to the start point!

Undeterred, we headed off up the Pyg Track and shortly left the masses behind when we took the route to take us to the formidable Crib Goch.  I’ll admit I was slightly apprehensive about Crib Goch after reading various horror stories on the interweb but guess what?  I loved absolutely every second of it!  The scrambling was amazing and I surprised myself with how well I did on it. (Can you tell I am feeling slightly smug at the moment?)  Yes, it’s obviously high and very exposed but I just concentrated on where to put my feet and made the most of it.  The smug feeling was enhanced by the fact that as a team of girls, we put a large number of men to shame.  While they stopped to get their breathe and swear at each other for ending up there, the three of us just put our heads down and made short work of Crib Goch and Carnedd Ugain.  Go girlies!

We did somewhat ruin the cool image we had built up by partaking in some girly squealing and high fives at the summit of Carnedd Ugain but hey ho.  We had done good!

From there, we summitted Snowdon which was a hell hole.  Think Blackpool on top of a mountain and you’re there.

We got out of there as quickly as we could, sliding down the Watkins Path and then scrambled up the West and East peaks of Lliwedd Bach.  Great scrambling but by then my little legs were well and truly knackered so I was using my arms far more than I should, with the result that today everything hurts!!

From Lliwedd Bach, we descended down a rocky ridge, eventually joining the Miners Path to hike back to Pen y Pass.   The last part of the hike heading from the car park at Pen y Pass down to where we had parked seemed to take a very long time!!

Arriving back at Plas y Brenin to a pint of ice cold Coke followed by tea and cake was the perfect was to finish the day.  The happy glow we all had was enhanced when we saw the group of men who had thought us wussy girly girls the night before come it from their day of road biking, well and truly broken.  Hee hee.
﻿﻿
Sunday was a more mellow day which saw us take a stunning circular route covering Foel-fras, Carnedd Gwenllian (formerly Carnedd-Uchaf) and Foel Grach.

It began with a sharp climb but once at the summit of Foel-fras, the route remained relatively flat and provided some absolutely stunning views.
﻿﻿﻿﻿

It was far less physical than Saturday but we all loved the remoteness of the location.  We saw six people all day, which was a far cry from the madding crowds on Snowdon on Saturday.

Overall, it was an amazing weekend.  Huge thanks Sarah and Rosie for a fabulous trip!

I’ll finish by saying that to round off a magical weekend, we saw a Brocken spectre!  There’s a prize for whoever knows what that is, without googling it!